Ghosts of the Rockies 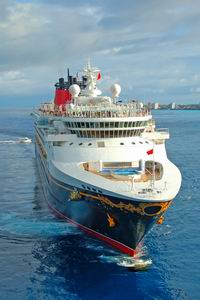 Even though this year we didn’t plan one of our patented Fall Road Trip Across the USA, we ended up taking a mini-FRTAtUSA (remember – patented!), after all. As I mentioned in my previous post we did not go on a Disney Cruise we had scheduled because the ship was not ready. Even though Mary was invited to the take the two-day trip immediately after the cruise that was cancelled, on Disney’s dime, we declined, and it appears we may have dodged a bullet. From reports we’ve heard the ship wasn’t quite ready for prime time with a lot of construction defects and ongoing work. I’m sure things will be cleared up in the near future, but for now, we’re happy we didn’t end up sailing around the Caribbean for a couple of days without air conditioning.

Left with a hole in our schedule, Mary leapt into action, while sitting at her computer (I find that if you cock your head to one side it’s easier to visualize this). Within hours after we’d learned of the cancellation she’d booked us into a resort located in a ghost town in Southwest Colorado. Because when you can’t go on a Caribbean cruise, a few nights in a restored hundred-year-old cabin, high in the Rockies, is just as awesome. I think.

Sadly, there although our destination is a ghost town, there were no ghosts in evidence, which would have been especially cool, with Halloween coming up and all. It might help if I actually believed in the existence of non-corporeal entities too, but that’s just my internal engineer speaking. 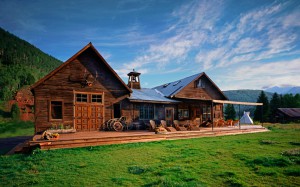 The town saloon, restaurant and all around gathering place.

There is a rumor that Butch Cassidy holed up in the town after robbing the bank in nearby Telluride, and his name is carved into the bar in the saloon. But then, so is the moniker of Ash, Class of ’81 so you can make of it what you will. I’m going to go with the philosophical conceit that if he didn’t drink at that exact bar, he drank at others just like it, so what the hey. Still, the saloon is cool, and I can safely say it is the first time I ever ate multiple meals in a saloon. Or even one meal. Pubs, bars, taverns, inns, watering holes, dives, speakeasies, yeah, sure, but never in a saloon before. It was pretty cool. 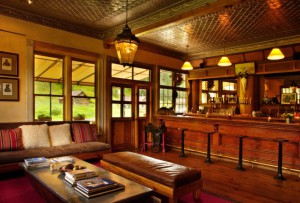 Instead of laying around the pool, then sitting at the pool bar, followed by laying around the beach (I think one should switch between various modes of verticality, often), I spent my time climbing mountains, because they were there, and the beach wasn’t. All in all, a healthier and more holistic and less spirit-infused trip than I had planned but again, philosophically, what the hey. 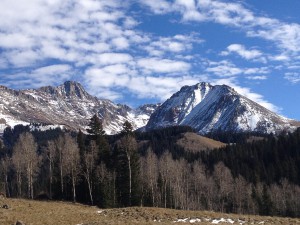 I thought about climbing it….. but, went for the beer in the saloon instead.