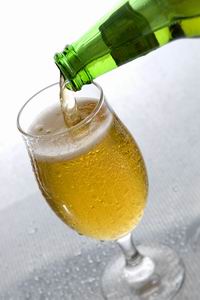 So Mary is off on a press junket at Disneyworld this week, leaving yours truly home alone.

Situations like this in the past would have called for settling down on the sofa with a couple of six packs of fancy imported beer, a platter of nachos big enough to feed the Green Bay Packers for the winter, and fourteen hours of movies. Which by the way, would have enough car chases, explosions, space battles and brief yet tasteful nudity, to keep a houseful of fratboys from terrorizing the local nerd population for a week.

None of which I did. Well, I did watch one movie, with a bowl of light butter topping popcorn and a diet soda. I’m not the man-boy I used to be, apparently. So much so than as I was dropping off Mary at the airport, I announced that I was going to run an experiment. It would be my intention not clean anything up till just prior to picking her up on Friday. That meant a sink full of dirty dishes, empty food containers filling all available counter space, and crumbs all overt the floor. So pretty much just like the bad old days when I lived alone.

I lasted a total of sixteen hours, and I was asleep for seven of those. By midmorning on the second day, I had already loaded the dishwasher and wiped down the counters. Somehow baching it loses some of it’s charm when you can’t tolerate dirty dishes and a litter of a dozen or two empty beer bottles down in the family room.

So Mary will be back tonight and sadly, so sadly, I have absolutely nothing to feel guilty about. Time marches on.