Revenge of the Olds 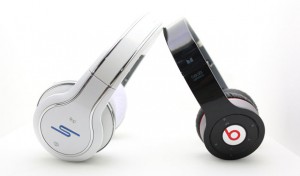 Headphones your Grandma will love!

We’ve now reached that exalted age where we can ruin it for the youngs. Normally, you’d do this to your own children but, alas, we have none, and for some reason our siblings, as well as friends and acquaintances, seem rather reluctant to loan us their own children so we too can have the fun associated with ruining their emotional lives. Thus, we have to find our fun with strangers. Ruining it for the youngs is pretty simple. Find something young people like, and then start using it yourself, and they’ll all drop it like a rabid hedgehog. Why they’d be holding a hedgehog in the first place, much less a rabid one, is something I can’t fathom, but these kids today and their fads, heh?

Case in point. Bear with me, it takes a while to get to the destination. We were on a recent five hour flight from hell, courtesy of the demon children in the seats in front of us, who were very unhappy with the engine noise, the pressure on their eardrums, the seatbelts, and the prohibition against running up and down the aisles shrieking, during take off. This produced an enormous amount of discontent, which was expressed very, very vocally. Or so I understand, as I was blissful in my quiet place, courtesy of sound cancelling headphones. Mary did not experience quite as much bliss, since she did not have her own sound cancelling headphones. Sad Mary. So when we got back home Mary made it a mission to find herself a pair of headphones for herself.

And that’s where we come to the part where we ruin it for the youngs. Mary found a pair of headphones on sale. That, of course, was the most significant factor, but they were also branded headphones courtesy of some rap star, Doctor Dre, or Grandmaster P, or Snoop Doggy Cat. But, my complete ignorance of the rap superstars isn’t important. What is important, is Mary is now going to wear the headphones in public and now all the youngs will see her, putatively old person (which she isn’t, but when I was a young, anyone older than 25 was ancient and already had one foot in the grave), wearing her cool expensive branded headphones, and realize that their cool expensive branded headphones are now not cool. Not cool at all.

So, mission accomplished. Next week I think I’ll start growing a goatee, just because I can, and because it’s time to put a shiv into the back of that little follicular trend.