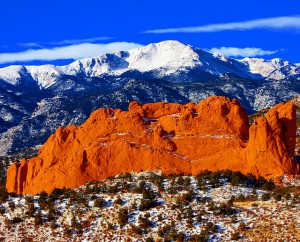 We had to undertake an expedition recently to replace our mattress that had, over time and the stress of supporting a couple of large boned people with a fondness for salted caramel sauce, sagged a bit. Actually it sagged quite a lot, and there was a full time impression in the mattress corresponding to both of our bodies. Mine was the one curled to the right and Mary’s was the one where it looked like someone was making a snow angel.

We repaired to the mattress store where we had originally purchased the now saggy mattress, because we’re creatures of habit, even when the habit is something we only repeat every ten years. One observation: if you want to go mattress shopping, the period around mid-January means you won’t have any competition for the salesman’s attention. I guess, what with the credit card bills from the holidays popping up in everyone’s mailboxes, that people aren’t thinking much about mattresses. This turned out to be fortuitous for us, since our salesman was an unreconstructed hippy. Considering he was thirtyish this is especially impressive because most of the original hippies have now been placed in old age homes or they’re CEO’s of major multi-nationals.

Our salesdude was from the city of Manitou Springs just outside Colorado Springs. The official city motto is ‘At the foot of Pikes Peak’, which is accurate and insipid. The unofficial motto adopted by the inhabitants is ‘Keep Manitou Weird’, and that they do in spades. Manitou is one of the last remaining outposts for those that eschew khakis and a forty-hour work week for dreads and non-stop hackey sacking. The salesdude was working for the Man, because, the art thing wasn’t making enough money to meet the rent. Which is a shame since I’m pretty sure his art was awesome. We don’t know what kind of art he did, because he never got around to telling us, but you know it has to be something really special.

Conversation with the salesdude tended to run in strangely erratic paths, far outside the boundaries normally used for commercial transactions. You expect conversations like: Customer, “I would like to buy something.” Salesman, “I would like to sell you something, preferably something much more expensive then you had planned, and with a host of features you will never use nor even understand.”

When we talked with the salesdude the informational exchange tended to be more like this:

Us, “What kind of warranty does this mattress have?”

Salesdude, “Thirty years? No, that doesn’t sound right. You know you can smell the food from the Mongolian grill next door right around this time every day. It’s totally distracting.”

Us, “Is a mattress pad included in the purchase?”

Salesdude, “Yes. And I have two Chihuahuas that sleep with me.”

Us, “When can you deliver the mattress?”

Salesdude, “Man, it’s so quiet here. You can hear your own thoughts.”

And we could hear them too, because he pretty much blurted them out whenever he had one. As you might imagine there were some significant pauses in the conversation.

After an interval that was longer than it needed to be, because we were ready, willing and able to fork over some cash for a mattress, tout sweet, we scored a totally awesome mattress. Our salesdude didn’t actually say that, so he probably wasn’t thinking that, but we felt we could fill in the blanks for him.