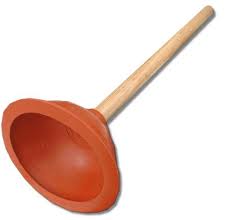 A week ago we arrived home from London. Approximately a week, because one should never let specifics get in the way of a good story. Or even a so-so story. Since we got home I’ve learned a number of new things, at a pace that almost equals one new thing per day. This is way above my average and if doesn’t stop soon I may be in danger of an information overload melt-down.

Things I learned while home from my autumn vacation:

One. When a toilet doesn’t flush correctly and a good stiff plunging doesn’t correct the problem, don’t keep flushing the toilet. And just for safety’s sake, don’t take really long hot showers and run the washing machine. Or wash dishes either. As a matter of fact what I learned is that immediately ceasing all usage of water in all shapes and forms is the proper way to address a situation where the water is not draining.

Two. The contents of a septic tank can freeze! This, it turns out, is critically important information that no one has ever imparted to me before. Granted, till we moved to Colorado we’ve always used regular city supplied sewer services, so any and all data regarding the care and maintenance of septic systems is not something I’ve picked up along the way. Applying methodologies I have learned from computer problems like turning the power off and back on, to a septic system doesn’t seem to work as well as I might have hoped. For one thing there’s no power button, and at that point I just throw up my hands in defeat and go read a book on my iPad.

Three. When a septic tank is frozen the pipe that carries the wastewater is probably frozen too. At least that’s the way to bet.

Four. When the pipe that carries waste from the house is frozen solid, adding more waste to the system is not a good idea. As a matter of fact, it is a really, really bad idea. Pretty much in the same category of bad ideas as the classic “What does this Big Red Button do?”

Five. Guys who make a living from thawing out frozen septic tanks and pipes are remarkably cheerful fellows. I know if I did what they do for a living I’d be drinking a fifth of cheap whiskey every night. Hell, I’d be drinking a fifth of cheap whiskey first thing in the morning, so I could face another day of running steam through waste pipes. It probably helps that at least our current group of septic tank guys all seem to be ex-hippies, so maybe they are really, really mellow pretty much all the time, if you know what I mean.

Six. There are professional cleaning companies that specialize in cleaning up after disasters, like smoke damage from a fire, sewage spills, or an apartment where the inhabitant died a couple of months ago, and no one noticed till just recently. They are really efficient. Within forty-eight hours, massive industrial sized fans had dried everything out and ever bit of carpet for ten feet in every direction has been removed as well as all the drywall up to two feet above the floor. It looks like someone used a disintegrator ray in the area, with only the concrete slab and the wall studs still in place.

Seven. Guys who do professional cleaning up and restoration services have a lot of stories. Stories that will make your personal disaster seem silly and piffling, not even worth mentioning at whatever bar these guys all go to hang out at after work. The damage still hurts, but not quite as much once they start telling you the real horror stories.

Eight. When you hire a guy to come and thaw out your waste system and it’s a Saturday, and the temperature is hovering around zero, but it feels like minus a whole lot, you’ll be willing to pay pretty much anything so that you can enjoy the benefits of a flush toilet again. If he asks for your car, you give it to him. If he wants your wife to braid his beard, well that’s negotiable. Granting the hand of your daughter in marriage to his son, Ezekiel, who’s a little strange, but a nice boy overall, that’s worth at least some consideration.