Our Time Is Short 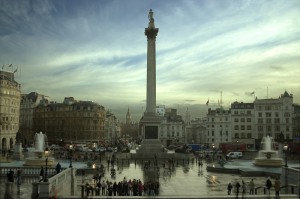 So after three plus months in London, we’re winding things down and getting ready to return to the America, Land of the Free, and Unlimited Semi-Automatic Weapons, With Extra-Large Capacity Magazines. Just for varmint hunting.

We were discussing the other day what we missed from the good ol’ US of A and came up with a list. Well, two lists, because if one list is good, two are _________. Please fill in the blank yourself, I’m not going to do all the work for you.

And that’s pretty much it.

Things We Will Miss Once We’re Back in The USA:

Okay, there might be a few more things, like Maltesers, which are malted milk balls like Whoppers, only so much better, because they coat the outside of the confection with real, honest-to-god chocolate instead of a waxy chocolate flavored coating. Yeah, I’m going to miss those. And ice cream served at intermission at theatres. And freshly baked artisanal quality bread everywhere you turn. So I’d say it’s safe to say, we’ll probably be back. But say it in a thick Austrian accent, like Arnold….