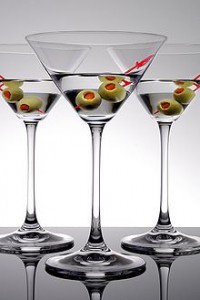 Ooh, congratulations are in order – I’ve created a new word – nonprocrastination. Ah, damn it, I didn’t – there’s a Wiktionary listing for it. Sheesh, what do I have to do to create a original word around here?

This past couple of weeks, I’ve really been working outside my comfort zone. Ever since I was a wee tike in diapers, I’ve been known for (and here I’ll be tootling on my own horn) a quite exceptional proclivity for procrastination. One might even say it’s like my superpower, though as with many superheroes, it’s one of those superpowers that’s pretty lame. Like, well, Ant Man. Now I’ve never read any comics with Ant Man in it, but let’s face it, you can shrink down to the size of an ant – really, how useful is that? Like you’re in a battle with a super villain, because that’s what you do, you’re a superhero, right? And you miniaturize down to the size of an ant, and then you need to walk across that desk to get to the wall outlet so you can sneak into the evil arch-villains lair. Some time, a couple of weeks from now, you finally get there. Cause you’re the size of a freaking ant, for gods sake! By then the super villain has used the secret plans he stole to construct the nuclear powered tunneller and dug underneath Fort Knox and stolen all the bullion, and while he was at it, since he had lots of time, he kidnapped the Ant Man’s girlfriend and his Mom, and his dog. So yeah, if there’s a place you can sign up for superpowers, I don’t see people lining up for that one.

So my massively underpowered superpower is the ability to ignore impending deadlines, waiting till the very last minute to get something done. I never started studying for a test until the night before. It wasn’t all that infrequently that I would crack open the textbook for the first time just a couple of days before the final. A team of native bearers wielding machetes have, at times, been necessary to navigate across the back yard, because I haven’t gotten around to mowing the lawn recently. When Mary says “We have to pay this bill, and like right now, or, and I’m serious here, they will come and repossess all of our stuff”, I’d say “Sure, sure, I’ll get right on that” which in Mike-speak means I’ll lay it on my desk and forget about it for six or seven weeks.

I often prepared lists of tasks, to-do’s, imperatives, directives and such, assigning start and completion dates and then completely ignored the whole shebang. This allows me to fine tune my guilt to a level that few mortals can withstand without a half dozen martinis and a boat-load of recreational pharmaceuticals. With the upcoming trip to England, where we shall live as the English do for several months, I created a whole list of things I must absolutely get done, before we leave, as I am wont to do. I figured as usual, within a couple of days the list would begin to languish, unloved and neglected on my collection of electronic devices until a day or two till departure. At which point I’d swing into action and frantically try and get everything done in 36 hours of non-stop, frenetic action.

Weirdly, and this is kind of creeping me out, I’ve stuck to my to-do list for the past few weeks and I’m now, on schedule. I’ve never been on schedule before. That sensation of impending doom, because somewhere out there is something I was supposed to do and haven’t, yet, is as normal to me as breathing, and when it’s taken away due to conscientiousness and timeliness, well, it throws me off, big time. I realized that this whole responsibility thing is what it feels like to be Mary, though without the girl bits. All in all, I think I need a martini, or six. Ah, yes, it’s on the schedule for 6:15pm, tonight.