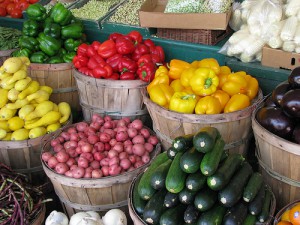 Ok, I’m going to promote a new law, and I do this very reluctantly, as I don’t like promulgating regulations as a rule. Instead of new laws, I’d much rather politicians spend their time rolling back old laws, lots of them. You let them sit around in Congress and state legislatures, and they have all this time on their hands, that is when they’re not chasing interns, or devouring forty ounce porterhouses paid for by lobbyists. So they come up with new rules and regulations all the time, even though when we elected them, we all kind of wish that they’d just keep a low profile and attempt, mostly vainly not to screw anything up. And once in a while when there’s a national or state emergency, they’d jump all over it and organize relief efforts or authorize reconstruction fund, or at the very least establish protection of some habitat for a cute but endangered mammal. But no, they keep coming up with more laws all the time, and they hardly ever think to get rid of the old ones that don’t apply anymore.

For instance, apparently in Colorado it is illegal to loan your vacuum cleaner to someone else, or at least it is in Denver. Here in Colorado Springs it’s legal to carry a holstered six-gun, except on Sundays and holidays. I guess, on Sunday you’ll just have to carry a seven-gun, with your go-to-meeting clothes. Also in Denver, and I can’t even imagine why they had a law like this in the first place, but you cannot drive a black car on Sundays. Man, they have a lot of things you can’t do on Sundays in this state.

So yeah, I think they could get started on getting rid of a few of those kinds of laws.

But, before they do that I think they should confront a serious problem, that’s right out there, in plain sight, an issue that affects the whole community. I’m speaking, of course, about the serious problems of farmer’s markets that don’t actually sell things grown on a farm. Yes, sirree! Right here in River City.

A few weeks ago, I happened across a farmers market in the parking lot of the local Costco. “Hot diggity,” I said to myself (and yes, on occasion, I do say things like, hot diggity, usually while twirling my six-gun just outside the city limits, on a Sunday). Produce, fresh from the farm! Ripe, luscious tomatoes, strawberries sweet enough to cause hyperglycemic shock, and zucchinis the size of hot water heaters.

Well, that’s what I was looking for, so imagine my woe when I discovered that out of the twenty five or more stands at the market, only one actually had any produce, or indeed foodstuffs, at all. All the rest of the stands were selling handicrafts of one sort or another. Pottery, crocheted doilies, wine bottles melted into what I think were spoon rests. Ugly spoon rests. Wood carvings. Wood turnings. Lacquered wood things. Whittled wood things. Wood stumps with a lamp attached. Stained glass art. Tied-dyed scarves. Jewelry made from found objects which resemble to my rather jaundiced eye, industrial waste products.

We’ve noticed a similar problem at the farmer’s market we go to a regular basis, if not as severe. There’s at least a half dozen different stands selling fresh produce and fruit, and a host of others, selling fresh baked bread, pastries, tamales, and sandwiches, jams and jellies, and of course, kettle corn. If there’s a constant with farmer’s markets it’s that there will always be someone selling kettle corn. So we have to negotiate our way through a maze of patchouli scented, flute playing hippies selling knick knacks, tchotchkes, and ‘art’, and here I am using the proverbial air quotes, even though it’s kind of hard to type with four fingers in the air, just so we can buy some veggies. And a couple of tamales, cause someone in the household, not mentioning who, has a yen for those things.

So I’m officially starting a petition now, a petition that is almost certainly doomed to failure, because I have no desire to stand outside grocery stores and coerce strangers into signing my petition application. Cause democracy is hard. And conflicts with reruns of Buffy the Vampire Slayer. But, if I had any gumption whatsoever, my petition would mandate that farmer’s markets should have a strict ratio of one stand selling real honest-to-god food-like substances, to every five stands selling handicrafts. I think this is a totally reasonable expectation. Unless of course, you majored in art pottery at UC Berkeley, and otherwise have no marketable skills.