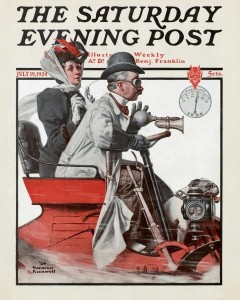 At this point we’re coming to the realization that it may be another week or so before we can return to our home. We’ve decided to evacuate again, but only because we both needed some workspace and Starbuck’s wasn’t quite hacking it. Also, the smoke was veering into town frequently and Mary was having some breathing problems. And finally, we had the wherewithal to ditch this popsicle stand, but others don’t, so freeing up a hotel room for someone else seemed like the decent thing to do. So we wanted to go somewhere outta town, but where?

We finally decided on Seattle, since, if the criterion were to set down someplace where we had family near-by, the only other alternative would be New Orleans. In July, New Orleans is the kind of place that you get away from, not go to, willingly. Plus, it’s cherry season in Seattle, though the scales were tipped so far over already, that the cherry on top wasn’t even fair.

We dropped off more of our stuff, but not the scanner, since you never know when that may come in handy, thanks Beth and Danny, again! And got ready to head for the cool, rainy environs of the Great Northwest. This would be our first road trip during traditional road trip season – the summer. All of our previous excursions had been during the cooler shoulder seasons of the late spring or early fall. Would hour after endless hour trapped in a car, while the blazing sun shone down pitilessly, cause Mary to become even more stabby than usual? Would Mike drive off in a blind rage, or no apparent origin, leaving poor Mary stranded at a roadside rest stop? Would we actually succumb to the siren call of the fast food burger and fries, instead of healthy steamed vegetables and responsibly raised organic meat products?

Tune in and see.